You know those friends that you meet through another close friend.
And slowly but surely, they become an actual close friend themselves.
And then, over time, they need to crash at your house for a week to record an album?

That’s pretty much sums up the friendship between me and one Sam Dew. 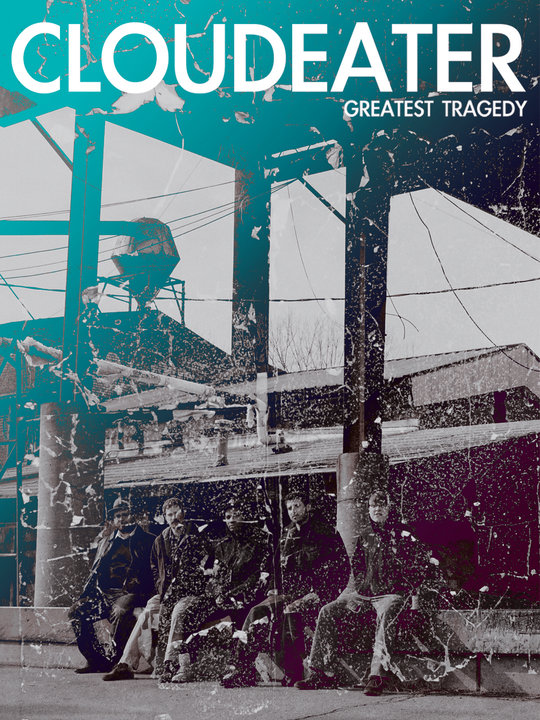 I think part of being a supportive friend is backing your friend’s endeavors.  At a certain point, however, I think one makes an internal judgement call on whether they actually like their friend’s band/artwork/acting chops/weave/etc.  I’ve definitely had some friends that I’ll be behind to the end, but I’m just not completely feeling what they are putting out.

cloudeater is one of the rare exceptions, in the sense that I’ve liked their stuff since the first time I heard it.

I remember hearing through the grapevine way back when that my longtime friend, The John Searles, had a roommate and their band was opening up for N.E.R.D at Emory University.  I was impressed.  The next day, I heard from multiple concertgoers that they easily held their own against Pharrell, Chad, & Shay.  I was, admittedly, floored.

When you listen to them, you will immediately notice two things.  1) Sam can sing. Somehow, through that Black Thought-esque scruff, this clean yet edgy sound comes out.  2) Every single musician in the band (Dan–guitar/keys, Chris–drums, Mike–bass, & Nolan–fx/synth) can jam.  I wouldn’t recommend listening them at a quiet volume.  Turn it up and let the music rock your face off.

Sam and the band are headed to NYC to get their album mixed by John Davis @ The Bunker Studio.  According to Mr. Dew, their might be a Grand Hustle feature or two on the album. That’s yet to be seen.

Not that you care, but my Favorite Song: “Decade”.  Admittedly, I have a very serious obsession with 7+ minute songs.  But even outside of that fact, the song is so dope.

Okay.  I’m tired of talking about Sam.  To conclude, when I asked him to tell me something random, he responded with:

I don’t like either, because I only tolerate turtles, but when in Rome, I guess.

Next Week, I’m keeping it in the family.

My 1st cousin, long-time Atlanta MC, soon to be Los Angeles transplant (hence above poster) and member of the legendary Dungeon Family.

Without spoiling too much for next week, here’s an article on Huffington Post about him (older article, up to big things currently), written completely randomly by a kid I went to high school with.

NYC via ATL //// rembert.browne@gmail.com 500daysasunder.wordpress.com
View all posts by Rembert Browne →
This entry was posted in Music, My Team and tagged cloudeater, Family, Friends, Jawz Of Life. Bookmark the permalink.