Eight months ago, I was riding the train and overheard a pretty vocal argument/conversation between three guys: a Black guy, a White guy, and a Hispanic guy. I forgot what they were arguing about, but each guy was referring to the other two as “nigga”. They kept this up for about 10 minutes and this upset pretty much everyone on the train. Some people switched cars, many people gave them dirty looks, and it was an all-around uncomfortable situation.

And then one guy, as he walked off the train, pointed to the White guy and said:

You gonna get killed talking like that, White boy.

then proceeded to dap up his friend, and stated:

Aight Nigga, I’m out.  Holla at ya later.

On the outside, I was really hoping no one got shot, but on the inside I was on Cloud 9.  This series of events is every amateur sociologist’s dream. As I often do in situations like this, I scrounged up any paper I could find and a pen and started writing.

Fast-forward 8 months later and I’m cleaning my room in preparation for the start of school.  I opened up a folder and found four sheets of crumpled up paper, entitled “n-words everywhere.”

The following essay was written May 19th, 2010 on the F Train towards Roosevelt Island.

(links have been added to enhance the overall experience)

Alright, N-words, listen up.  It’s 2010 and it’s about time we reevaluated some things.  Now, when I say “we”, I’m not just talking people like you, Michael Steele.  Obamas, I’m talking to all five of you.  Oprah, Jay-Z, Derek Jeter… you N-words better listen up too.

This 23 year old has reached his breaking point, and unlike the rest of you “N-words”, I’m taking a stand.    Since 1987, I have been an infrequent user of the word “nigga,” but like the majority of the population, I hear it all the time (over 30 times on a 45 minute train ride from Coney Island to the Upper West Side this morning).  Does the word bother me, no, because I’ve become completely desensitized to it. Do I ever say it? On the rare occasion and always in some comical setting.  If a N-word friend of mine that I haven’t seen in a while comes up to me and says, “My nigggaaaaaaaa”, chances are there’s going to be a 100-watt smile on my face. It’s comforting.  Conversely, does the ownership of the word and the way the word is responded to bother me, absolutely.

Somehow, we (meaning us black N-words) still pretend that it’s only our word to use, like it’s some odd reparations gift.  Now, I am well aware of the historical connotations of the word, coupled with being from the South, a place that still carries with it visible scars as a result of the hateful use of the word.  With all of that said, if someone comes up to me and, in the most spiteful way imaginable, calls me a “nigga” or “nigger”, I’m probably going to look right back at them and say,

“Really? That’s the best you could do?  Why not remind me that I can’t get approved for a credit card?  Say something mean about my moms?  Highlight my slight lisp? Come on… It’s 2010, step your game up.”

Now, whether we realize it or not, us black N-words have been losing our stronghold on the word pretty rapidly.  For example, you know who is allowed to use the n-word whenever he wants?  Fat Joe.  I know you remember the lyric:

“See my niggas don’t dance, we just pull up our pants and, do the Rock-a-way. Now lean back, lean back…”

Not to digress too heavily, but in those two lines, Fat Joe just stated not only that 1) his boys are his N-words, but 2) he referred to all of them as “we”, thus claiming that 3) he, too, was a N-word.  Fascinating.  Is Fat Joe black by any stretch of the imagination?  Absolutely not. That fat N-word is Puerto Rican.

For the tweens out there, you know who else uses the N-word all the time?  Drake, a.k.a. Aubrey Drake Graham, the Canadian half Black, half Jewish former child star of Degrassi: The Next Generation.  Are we letting him slide because he’s got “some black in him”? Are we really going one-drop rule on ourselves?  Could be a wee-bit problematic if that were the case (which it completely is).

Also, in his case, and the case of the aforementioned Fat Joseph Cartagena, are you allowed to say it if you hang out with a lot of Black N-words?  If that’s the case, then let me be the first to tell these White people that they are now allowed say this monologue from beginning to end.  And more importantly, they can mean it.

And fear not, White n-words, for when you utter it, I will not strike thine face.  Chances are, I’ll respond with “Ain’t THAT the truth.”

My strong sentiments about this word most likely stem from my entire life post-5th grade listening to rap with kids of all races, predominately Blacks and Whites.  At any party, or just simply listening to the car radio, the time would come, inevitably, in every song where this would happen (cue: Shawn Carter) 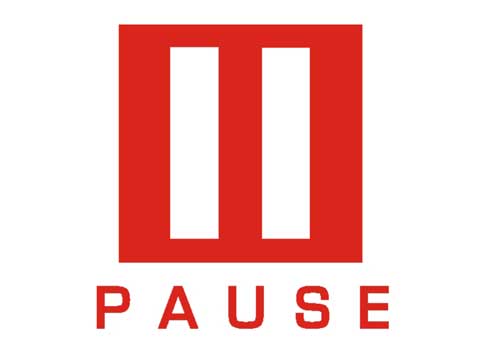 What happens next is a sociological study in itself.  In that split second, the Black kid at the party has two options, and everyone else has about 12.

Black kid:
Option 1 — Continue with the lyric unabashedly, by screaming “nigga” because, well, he or she can.
Option 2 — Censor his or herself by going silent.   Either way, it’s fine, because it’s our word, after all.

For all the other kids, however, Option 1 is not so simple.

If ‘Chase‘ is going to go through with it, he’s got to do a quick scan of the room and check who’s around, then he has to make sure “nigga” comes out, not “nigger”, because, I mean, that’s just racist.  And finally, he’s got to change the volume of his voice.  Chase must play it cool, like he is just singing along, keeping it slightly under his breath, not excitedly singing “my nigga” while simultaneously looking to me for the high five.

Option 2 for all the other N-words is risk free.  But even with option 2, one still thinks it, so even if it doesn’t come out, is it really that different from option 1?  No, it is not.

Do you see, because of one word, how absurd but true all of this is?  If rap was still this underground art form that still operated on a FUBU platform, then maybe there’s a slight discussion to be had, but it is not.  It’s pop for everyone.  You know what else is now pop for everyone?

So, N-words, we have a decision to make.  It’s all or nothing.  We’re at a crossroads.  Either everyone can say it freely or no one can at all.  Our 1-week dramtized tiffs with the Michael Richards’ of the world are a waste of time.  We should really be spending our time stressing over important things, like the recession… and the urban decay of many predominately Black cities… and a solution for getting Tyler Perry sitcoms off the air… and making sure Lebron gets the hell out of Cleveland and ends up in New York.  Personally, I don’t need the word to convey any of my emotions and sentiments, but who am I to say that you, Black N-word don’t need to?  With that said, who am I to say that you, White N-word shouldn’t ever utter it?  Either way, the gig is up.  It’s 2010 and enough is enough.

Have a great weekend.

NYC via ATL //// rembert.browne@gmail.com 500daysasunder.wordpress.com
View all posts by Rembert Browne →
This entry was posted in Important Ones and tagged Black People, Race. Bookmark the permalink.