1) I spend a good percentage of my days Googling things.
2) I think Sean Combs is an American hero.

This morning, just out of sheer curiosity, I Googled “Top 10 Diddy Moments”.  And then this happened:

Are you kidding me?  You mean to tell me not once, in the history of the interwebs, has someone strung together “top” “10” “diddy” “moments” consecutively and then made a list?  I tried “top 10 p. diddy moments”, “top 10 puff daddy moments”, and “top 10 sean combs moments”.  Nothing.

As my investigation got deeper and deeper, I did find some lists dedicated to Mr. Combs, from Complex Mag’s “Diddy’s Most Memorable Reality Moments” to Banned In Hollywood’s “5 Moments in Diddy Being Diddy”, but NOTHING that dares to tackle the man’s entire CV, if you will.

I have no choice but to create this list.  The “Top 10 Dishes to Secretly Make with Velveeta Cheese” list will have to wait. 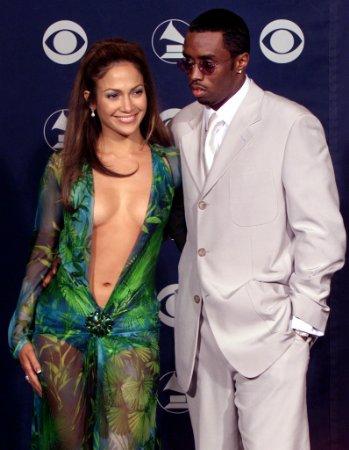 For one of the few times in his life, Sean took a backseat to the real star of the hour, Jennifer Lopez’s dress.  For one night, he wasn’t rap mogul Sean “Puff Daddy” Combs; he was Jennifer Lopez’s dress’ date.  He stayed pretty quiet and smiled when he needed to, fully understanding that he could afford to remain subdued, because people would be talking about that dress until the end of time.  Well played, Diddy.

It’s one thing to put up a billboard for your company.  It’s another thing to star on your own company’s billboard.  It’s an entirely different thing to construct the largest print billboard in Times Square history (7 years, and counting).  Even though the above photo does give you a sense of how big it is, I recommend going to Times Square and seeing Godzilla Combs with your own eyes.  Take that.  Take that.

The video is filled to the capacity with cameos, the song is epic, but one thing will forever stick out about this video:

After years of the Jay-Z/Nas beef and talks of bad blood between the Bad Boy and Roc-A-Fella franchises, these three came together, mainly to show everyone how much cooler they are than us.  This is an important picture to me.  Throw in Kanye and Eminem and you’ve got yourself a nice little late-00s Rap Pack.

Diddy has a great sense of humor and, as the years go on, has less and less of a problem with making fun of himself and his image.  These back-to-back CIROC commercials could only be pulled off by Mr. Combs.  I genuinely get excited every time I catch these videos, because I’m imagining Diddy cracking up as soon as the take is completed.  He’s a goofball, which is often comforting in the “Gangbangin on Bacon” style of rap that we often find ourselves in.  I mean, he had the nerve to say:

And it scares me.

This is Diddy’s ultimate sidekick performance.  He knew he could never truly steal the show from the second best MC of all time, but he could be an unreal wingman.  Even though I know every word of this song, the image of Diddy in the hot tub, drinking champagne, and talking in that Diddy voice is my favorite part of the video. 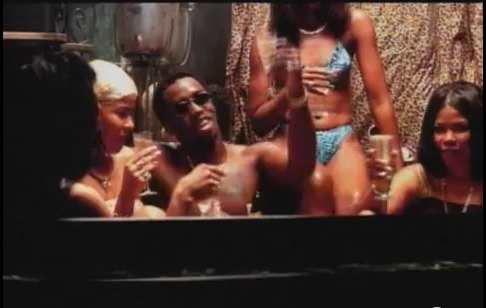 And, in what I refer to as “Diddy Logic”, he proceeds to say:

Honey check it,
Tell your friends.
To get with my friends.
And we can be friends.
We can do this every weekend.
Aight?  Is that aight with you?
Yeah… Keep Bangin.

It’s the “Diddy Transitive Property of Expanding Ones Friend Group.”  (DTPEOFG).  I recommend trying it out, it never fails.

This song and video has everything. Probably one of the biggest cross-over rap songs of the 90s, a posthumous Biggie Smalls verse, easily Diddy’s most widely-known verse, Diddy and Ma$e acting a fool as “Puffy Woods” and “Mase Gumbel”, and shiny aluminum foil jumpsuits in an zero-gravity chamber.

This video has no flaws.

For better or for worse, this might be Diddy’s greatest contribution to society.  Not only did it produce some of the most ignorantly entertaining reality TV seasons of all time, but it also inspired one of the funniest Chappelle’s Show skits ever.  The above clip has very little Diddy in it, but without him, this show doesn’t exist.  He does pop up at the end, and after scolding people for fighting in the studio, he asks the camera man, “Who won?”

When this video surfaced, some people thought it was a drunk Diddy ranting away, and some argued it was just Diddy being ridiculous.  Either way, I’m extremely happy it happened. The transcript:

You all know damn well, you all know damn well that Lindsay Lohan and Jessica Simpson was not using no Proactiv…Diddy wore Proactiv. Now you’re all into skin care products. Now, you see, now y’all think it’s official. Well, Ha, I got a secret. I was up on Proactiv for seven years. That’s why I got this silky smooth cocoa-butter skin. So Lindsay, Jessica, you’re late. You should have followed my pretty ass from the beginning.

The man should run for president.

Please note the date… 2004.  This interview took place at the 2004 DNC, you know the one where now-President, then Senate Candidate Obama made the most important speech of my lifetime.  Apparently, Diddy was there too, hyping up his “Vote or Die” campaign.

This interview is amazing to watch for a number of reasons.  For one, it’s 7:28 of straight Obama and Diddy. No interruptions.  That’s a lot of time for Ciroc Obama to chat.  Secondly, this interview must have taken place before the speech, because immediately after that speech, Obama’s Messiah comparisons began.  By the way Diddy is talking to Barack, it’s as if he’s just talking to another guy.  He says:

Diddy: I been hearing a lot of bullshit today. I have been disinfrachised all day, because I’m asking questions and they not answering my questions. That’s how young people feel.

When you want to be President of the United States, you.. you call your man. Call MTV. We gonna give you a platform, we gonna give you a way to speak, because you’re on to something, KID.  You making sense to me–I Am Franchised.

I love my President with all my heart and am wholeheartedly behind him, but ’04 Obama changed my life. And wouldn’t you know it, Diddy might have snagged the best interview.

14 years later, and I still don’t know how to talk about this video.  Just watch it.  Diddy could come up to me and punch me in the face and I would still love him because of this video.

If the last 1:30 of this song doesn’t give you the chills, please never read this blog or speak to me again.

I think it might be the most sincere, well-executed musical tribute of all time.  It’s too much. The tears are falling on my laptop and it’s beginning to fritz. I’m leaving. Bye.

NYC via ATL //// rembert.browne@gmail.com 500daysasunder.wordpress.com
View all posts by Rembert Browne →
This entry was posted in 10 Most Popular, Lists, Music and tagged Diddy. Bookmark the permalink.

6 Responses to Top 10 Diddy Moments. Ever.