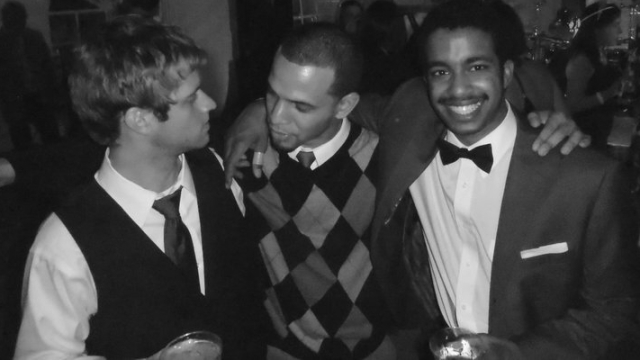 I have considerable beef w/ the word “tolerance”.  It’s soft, a cop-out, and extremely passive. There was a time in our history when “tolerance” was the ideal.  The amount of hatred that permeated the hearts and minds of the masses was so strong that “tolerance” was welcomed with opened arms. I’d say tolerance is, arguably, the word to best define progressive members of the previous generation.

But it’s 2011.  If you’re still operating on a tolerance platform, I’m going to need you to step aside. If you’re currently patting yourself on the back because you have a Chinese friend, rode the bus for the first time, or didn’t call a gay guy a Fag under your breath, “Bravo” and please show yourself out the side exit.

My cohort is way past “tolerance” and fully understands what it means to operate on a different, stronger platform, one of “acceptance”.  Many of us were raised in tolerant environments, and, for one reason or another, ending up being radically accepting, often to the dismay and confusion of our previous communities.

When I say “my cohort”, I’m not just talking about “Generation Y”, “Millenials”, or any of those other silly taglines.  I mean something very specific. Although there are exceptions, generally I’m talking about ’85-’89s babies that have significant pre-college experience in:

That’s not a long list and doesn’t seem that specific, but those of us that fit that profile are few and far between. We exist in pockets across the country and, slowly but surely, with the help of social networking, college networking, and post-college networking, the pockets are beginning to find one another.

I should stop here and clarify two important things. One, when I say “mixed”, I’m not simply talking about Black and White. That’s not how our cohort thinks. I’m talking about “mixed” with regards to race, class, gender, status, sexual orientation, religion, and ideology. Two, in addition to being comfortable in these mixed environments, what really sets our cohort apart from any previous one is we feel right at home with mixed company and with like company.

The cohort slightly older than us has become increasingly good at being a chameleon depending on the setting that they are in. You know, talking one way in one setting, talking another way in another setting, dressing this way in one setting, dressing another way in another setting, etc. My cohort can (and often does) navigate between four very different settings over the course of a day, without changing clothes, adjusting speech patterns, or changing our ways, simply because we see no reason to.

As mentioned earlier, the other defining characteristic of my cohort, based on our past experiences, is our ability to naturally and genuinely be accepting. It’s second nature to us. We are often berated as being naive because our elders think we “don’t see color”, for example. Quite the contrary, we talk about race, class, gender, and sexual orientation publicly and in mixed company, because we know how and, consciously or subconsciously, we know that we’re the first group that truly knows how to do this with ease.

All of us are quickly realizing that we aren’t that young anymore and it might be about that time to start making our way to our respective forefronts. One thing I (along with many others) have recently realized is that we must document our lives right now. Some write, some take photos, some make movies, some make music, but we all must document what we were like during these years.

Can you imagine how different the world would be if Obama had a publicly accessible blog from his early 20s available for all to see. Just, for a second, think about that. I’m sure, privately, most of his sentiments haven’t changed but it might be harder for him to publicly state other things if his personal writings from his first year at Harvard Law were on a Tumblr.

We need to document how we feel about the world now, because we have a lot to say and unique perspectives, but also as a way of checking ourselves down the line.

And don’t be startled when we get there, dressed for business, comfortably referencing Kerouac, with Weezy seeping out the headphones.

NYC via ATL //// rembert.browne@gmail.com 500daysasunder.wordpress.com
View all posts by Rembert Browne →
This entry was posted in Important Ones. Bookmark the permalink.

7 Responses to My Cohort.