Jimmy Fallon is the New…

When I woke up this morning, I didn’t expect that I’d see a video that concluded with Tyler, the Creator of Odd Future jumping on Jimmy Fallon’s back while Mos Def was screaming “SWAG” at the top of his lungs into the camera. You just can’t predict these things.

There are a lot of haters out there with regards to JF and, for a while, I was very much one. After a few clever skits and my undying admiration of his house band, The Legendary Roots Crew, I have become a huge convert and watch clips from the show whenever I can.

With my respect for Mr. Fallon already at a high point, I watched last night’s Odd Future performance of “Sandwiches” and had my mind blown.

Most people in America will watch that video and be 1) utterly terrified and 2) confused about how that got on National TV.  For the rest of us, we are grinning from ear to ear and extremely happy that Jimmy Fallon listens to whatever ?uestlove says.

Between that performance, the Roots, and a laundry list of other things Jimmy has done on the show, I realized that I learned something today.  My case for:

I looked at that statement for about 10 minutes, contemplating shredding it/disposing of it in the fear of someone ever finding my blasphemous innermost thoughts, tracing it back to me, and publicly shaming me in front of my family and friends.  But I didn’t, I started to become okay with the idea. I thought I had really had a breakthrough and was quite pleased, to be completely honest.

An hour later, I got on the Youtubes and randomly searched for videos from the Arsenio Hall Show.  Some screenshot highlights from my 90-minute Arsenio-session: 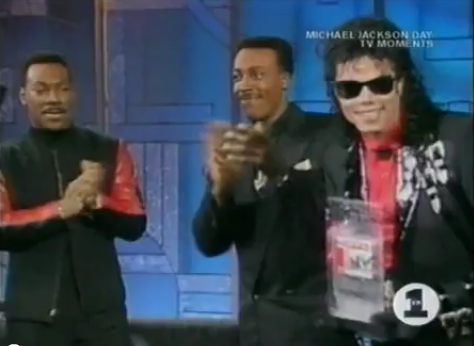 Impressive Arsenio.  Very impressive.  And then I remembered that this happened:

Okay. So Arsenio’s the reason people still refer to Bill Clinton as the “First Black President.” But even after watching this video, I was still pretty happy w/ my bold proclamation of Jimmy Fallon being the 2011 Arsenio Hall.

And then this happened:

You’re telling me that Yo Yo, MC Lyte, Treach, Pfife Dog, Q-Tip, the Fu-Schnickens, CL Smooth, GURU (RIP), Das EFX, the ENTIRE Wu-Tang Clan, and KRS-ONE all came out to not only perform on his last show, but to write rhymes dedicated to their love for Arsenio?

Yes, it’s KRS, Arsenio you are the better man

We could never ever check out David Letterman

Unbelievable.  If you have EVER liked hip-hop, this video will make your day. It’s perhaps the biggest rap love fest I’ve ever seen. Another potentially blasphemous comment, but I think it actually surpasses the other major rap finale love fest, the Yo! MTV Raps Finale. After watching it about 3 times and subsequently getting weird looks from everyone in Society Coffee Shop for this dumb grin on my face, I realized that I learned a second thing today.

**Jimmy Fallon is Not the New Arsenio Hall**

Sorry Jimmy, but it’s true. Arsenio was just on another level. It’s not that you’re doing something wrong, it’s just that he did everything right.  That’s all. I’m sure you understand.

But don’t take this as a diss or me slighting what Jimmy is doing. He is hands down the most creative late-night host since Arsenio (yes, Conan and Magic included).  And while he takes Arsenio-esque risks and invests in yet-to-be-mainstream musicians like Arsenio, he’s his own man, with his own style.

I mean, Arsenio and Eddie Murphy could have pulled something like this off, but they didn’t. And for that, I respect Jimmy to the fullest.

Thanks to Mr. Perf for the right-on-time JF/JT clip. I hate you, but thank you.

NYC via ATL //// rembert.browne@gmail.com 500daysasunder.wordpress.com
View all posts by Rembert Browne →
This entry was posted in Music, My Case For, Rando and tagged rap. Bookmark the permalink.

2 Responses to Jimmy Fallon is the New…