A week or so ago, I went on one of my favorite walks in NYC, the West to East 125th Street pilgrimage. I love it, because 1) I feel like I’m in Southwest Atlanta in 1999 by the sheer amount of Black people and 2) I’m usually looking for a pair of $3 shades.

Last week, however, I went before the hustle and bustle, at 8:30am. For the shopper in me, it was a horrible decision, because none of the vendors were out. That was okay, though, because on 125th St. between Adam Clayton Powell Jr (7th) and Frederick Douglass Blvd (8th Ave), I was greeted with the greatest treat ever.

All the gates were down on the storefronts, because it wasn’t 9am, and this is what I saw: 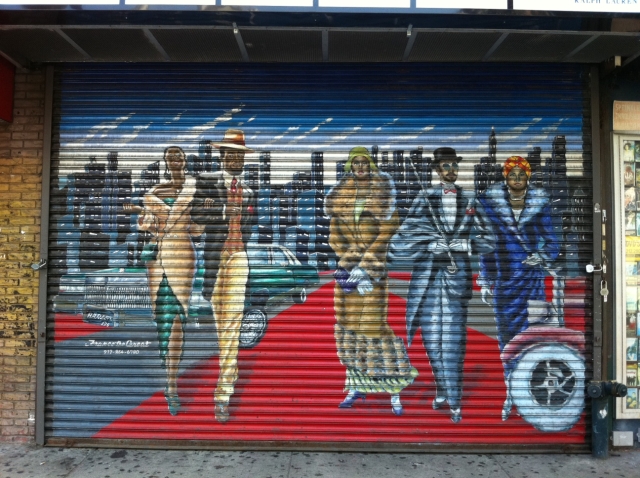 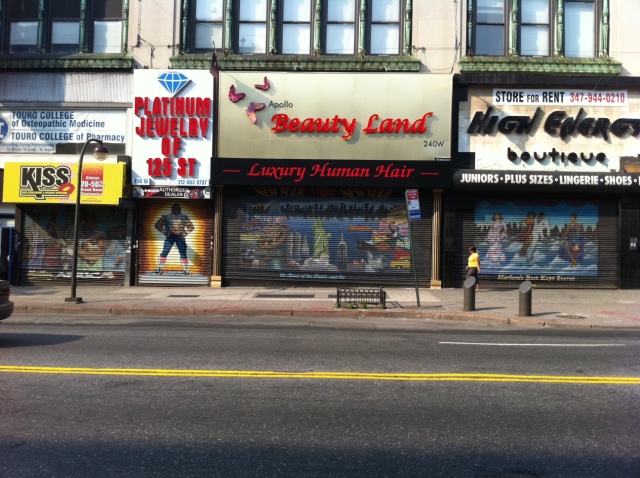 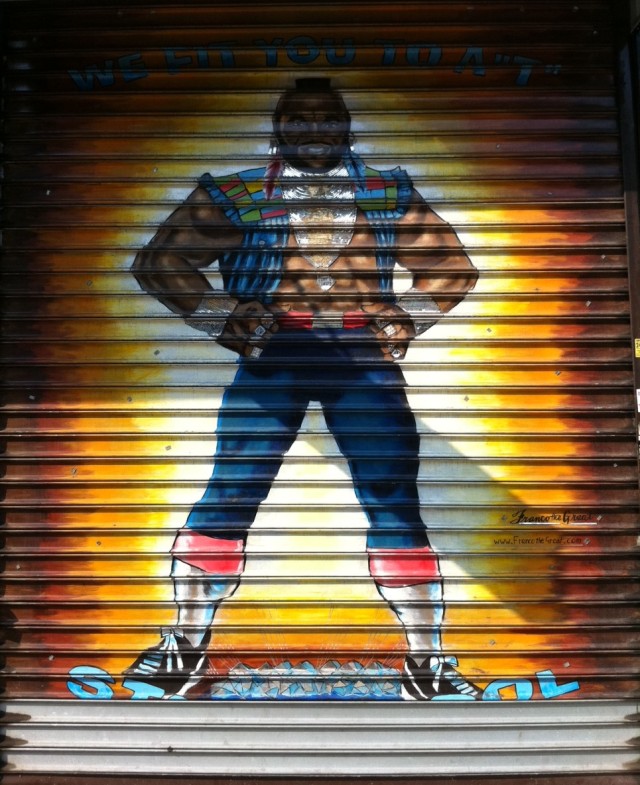 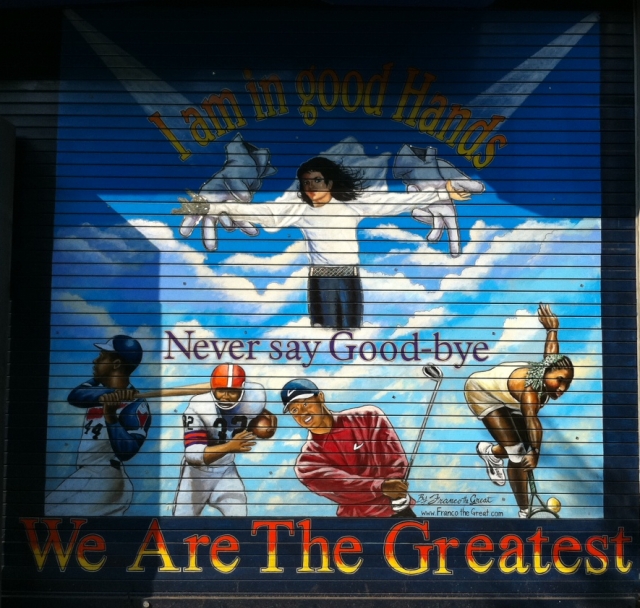 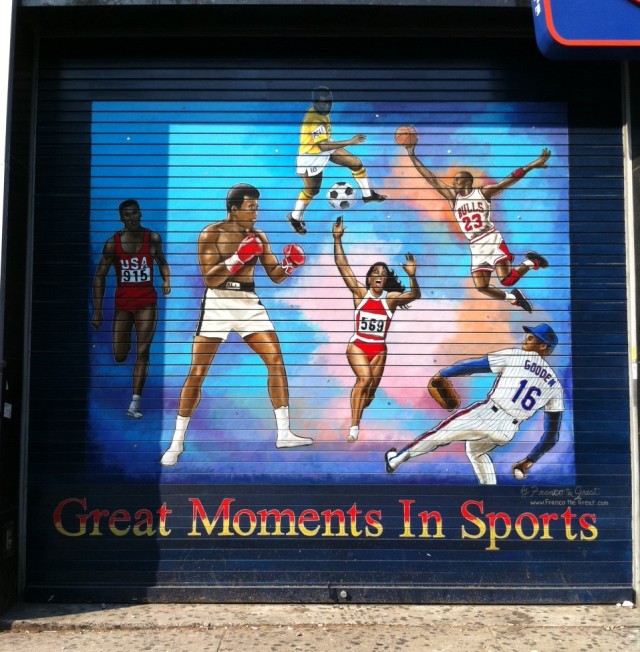 He transforms the street into a timeline of Black history in Harlem and beyond. It was such a wonderful surprise and 100X better than a $4 iPhone 4 case.

I highly recommend you take an early morning trip to 125th and see for yourself. Yes, the murals are well done, but the way it completely dominates a city block is breathtaking.

Big ups to Franco, big ups to Harlem, and big ups to Black history. Who knew you could talk about it the other 11 months? Go figure.

NYC via ATL //// rembert.browne@gmail.com 500daysasunder.wordpress.com
View all posts by Rembert Browne →
This entry was posted in Cities, NYC. Bookmark the permalink.