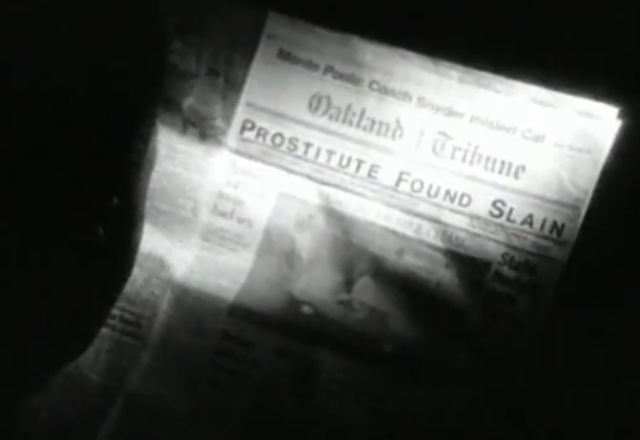 Almost 20 years ago, he released his first single, Brenda’s Got A Baby.

Yep. After some quick math, that means only a 5-year career for one of the most revered figures in music history.

The conversation of “Greatest Debut Album” is one that is often discussed, but if we’re talking about “Most Powerful 1st Single”, I DARE you to find something that bests Brenda’s Got a Baby.

You’ll hear rappers from the 80s and 90s talking about how rap was used to describe the conditions in Black America that were being ignored by the mainstream media. This song + video is one of the finest examples of that. I would never say he peaked with his first single, but he certainly started off in a prolific manner. If a hip hop artist ever releases a song like this, it’s usually once they are established and have a devoted following (i.e. Murder to Excellence). But that’s why Tupac was different.

I clearly remember hearing this song for the first time in 7th grade after someone burned be 2Pacalypse Now and it has been haunting me ever since.

I hear Brenda’s got a baby
But, Brenda’s barely got a brain
A damn shame
The girl can hardly spell her name

(That’s not our problem, that’s up to Brenda’s family)
Well let me show ya how it affects the whole community
Now Brenda really never knew her moms and her dad was a
junky
Went in death to his arms, it’s sad
Cause I bet Brenda doesn’t even know
Just cause your in the ghetto doesn’t mean ya can’t grow

But oh, that’s a thought, my own revelation
Do whatever it takes to resist the temptation
Brenda got herself a boyfriend
Her boyfriend was her cousin, now lets watch the joy end
She tried to hide her pregnancy, from her family
Who didn’t really care to see, or give a damn if she
Went out and had a church of kids
As long as when the check came they got first dibs

Now Brenda’s belly is gettin bigger
But no one seems to notice any change in her figure
She’s 12 years old and she’s having a baby
In love with the molester, who’s sexing her crazy
And yet she thinks that he’ll be with her forever
And dreams of a world with the two of them are together,
whatever
He left her and she had the baby solo, she had it on the
bathroom floor
And didn’t know so, she didn’t know, what to throw away and
what to keep
She wrapped the baby up and threw him in the trash heep
I guess she thought she’d get away
Wouldn’t hear the cries
She didn’t realize
How much the the little baby had her eyes

Now the baby’s in the trash heep balling
Momma can’t help her, but it hurts to hear her calling
Brenda wants to run away
Momma say, you makin’ me lose pay, the social workers here
everyday

Now Brenda’s gotta make her own way
Can’t go to her family, they won’t let her stay
No money no babysitter, she couldn’t keep a job
She tried to sell crack, but end up getting robbed
So now what’s next, there ain’t nothing left to sell
So she sees sex as a way of leaving hell
It’s paying the rent, so she really can’t complain
Prostitute, found slain, and Brenda’s her name, she’s got a baby

If you’re confused by this article’s title, click here, go to 1:22 and let Andre educate.
If you’re not, congrats.

NYC via ATL //// rembert.browne@gmail.com 500daysasunder.wordpress.com
View all posts by Rembert Browne →
This entry was posted in Music. Bookmark the permalink.